America’s infection rate is on an upward trajectory. On July 17th there were 70,000 new infections reported. That number could easily double in the next 5-10 days as these 70,000 people infected others.

Like in WW1, we are soldiers in the trenches while the war grinds on, with rain, mud, and a mounting number of wounded. Today our “wounded” are likely to infect others and cause further harm. It’s not the shell shock of 1918 trench warfare, but for some people the memories and impact will be with them for a long time. Emerging data is now pointing to long-term cardiac changes, lung damage and also neurologic implications from COVID 19.

Until there is a vaccine, with sufficient global use we have only one formula to slow the spread:

The picture of 21st Century America is a sad one, with citizens whining about “masking our freedom” and yelling at each other. Other countries shake their heads in disbelief. 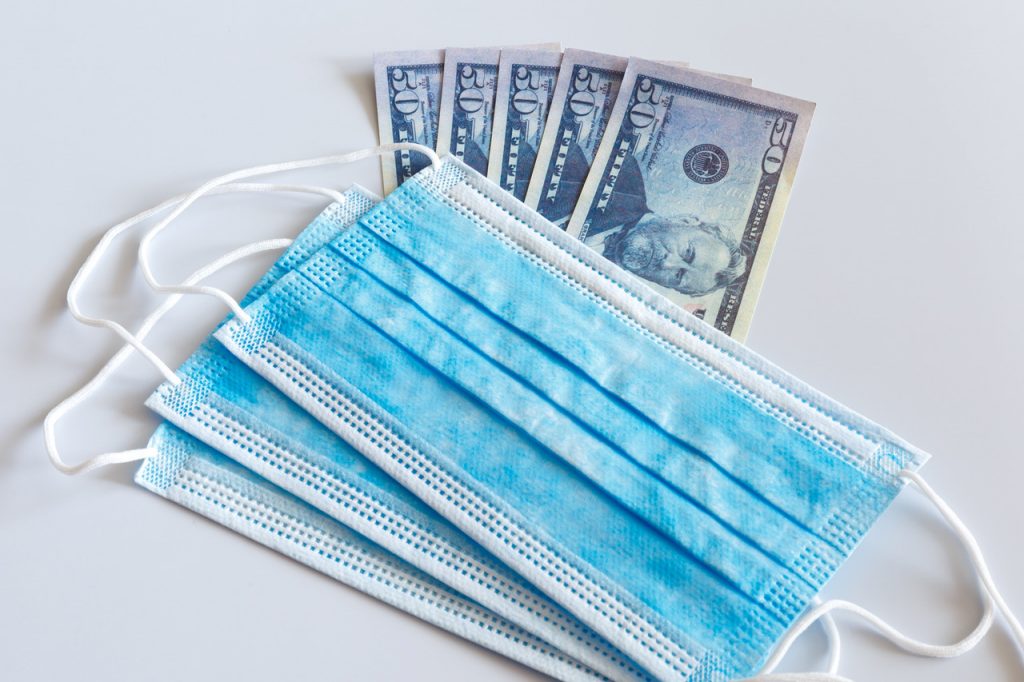 In spite of science, the war over masks continues. In the summer of WW I many of the soldiers in the trenches knew the war was going badly. They understood that “going over the top” meant their chance of survival was < 25 percent. Today America’s war is over wearing a mask to slow spread of COVID. This resistance is costing America a great deal of money.

If the science of masks and social distancing and handwashing are unpalatable to a segment of the population then it may be time to look at things from the perspective of the American economy. There we find an accurate picture of the trenches once again – with a poor survival rate.  Businesses are the ones stuck in the mud, our schools half what they were before COVID arrived, and new jobs… well, what new what jobs?

Perhaps a word from the financial world will have a greater effect than science. Assessments from economists at Goldman Sachs predict America could save $1 trillion dollars with a national mask mandate. That is a stunning number calculated with a simple, familiar formula:

The formula at work

In comparing America to other countries, where the use of masks and social distancing are part of the national strategy, the BBC offers a 4 minute video examining data on the virus spread.

Unlike the soldiers of WWI, we can make a difference if we behave as informed citizens in a democracy. Citizens in other countries are doing it. Imagine what an impact it would have if everyone respected the formula. Sure, it’s not easy when there is a spike, as there has been in parts of Europe, but it’s not full lockdown so that life (and the economy) can continue.

We have the intellect and capability to learn to live with the virus until there is a vaccine available. Until we do Americans are not welcome in Europe, Australia, New Zealand… and more. The financial cost is mounting daily.  All because we cannot, as a country, respect the formula.